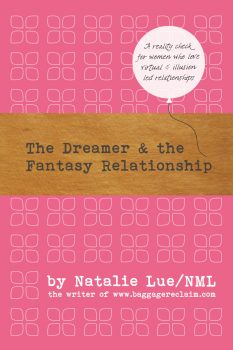 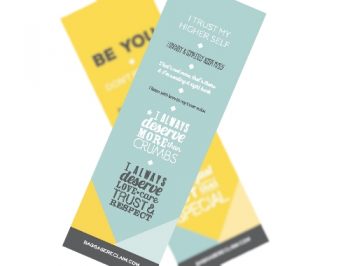 The Dreamer & the Fantasy Relationship Paperback. Signed by Natalie with Free Bookmark

Most people if asked, would deny that they’d ever had a fantasy relationship as they’re associated with pretending to be with someone or in something that’s non-existent, however, it’s time for you to change what you think you know.

In this modern age of texts, email, Facebook, online dating, and casual relationships, it’s never been so easy to find yourself in a crumb filled fantasy relationship. An increasing number of people are satisfied with sprinklings of attention and interaction which they use to give themselves the illusion of being loved, cared for and in control because they get to avoid commitment, intimacy, and ‘full-on’ rejection.

The Dreamer and the Fantasy Relationship is for every woman who’s been caught short by their overactive imagination and their great expectations.
Struggled to get over a relationship that didn’t truly exist? Don’t understand how you wound up spending years with someone you hardly see? Keep letting your assumptions and projections run away with you?

It’s time to come back down to earth and face reality so you can take action in your present, face your real future, and get happy.

Acting as a companion guide to Mr Unavailable and the Fallback Girl, the no holds barred ‘bible’ for understanding excuse filled, commitment dodging, unavailable men and the women that they fall back on for an ego stroke, shag, and a shoulder to lean on, I wanted to introduce a new role due to the sheer number of emails and comments I receive from women who actually believe that the crumbs that they’re receiving, particularly via cheap talk, grand promises, texts, email and Facebook are a relationship or ‘love’.

You need to read this if:

You’re an Escapist, dissatisfied with your current relationship, mentally checking out, complaining about your expectations not being met, and even starting an affair with someone else.

You’re a Crusher, ‘loving’ and admiring someone from a distance that puts you in that unreciprocated feelings setting.

You’re a Virtual, spending too much time surfing dating sites, relying on the written word and getting high off the buzz of a text or email coming through.

You’re a Tabber, angry, hurt and feeling rejected because your relationship is over so regaining a sense of control by devoting your time and energy to tracking your ex via social networking and poking around in his life.

The Dreamer and the Fantasy Relationship explains how fantasy relationships work, why they’re so attractive, the types of fantasy relationship and Mr Unavailable that you’re likely to be involved with, and provides practical tips and tools for breaking the habit and tackling issues such as rejection avoidance, and fear of abandonment, criticism and conflict. Delivered with my no-fluff dose of reality and plenty of humour, I want to empower you to let go of the illusions so that you can be available for an available relationship in the real world.

Paperback book, signed by Natalie with a Free Bookmark.

This book is also available to purchase at Amazon.co.uk or Amazon.com in paperback (unsigned) or for Kindle.

This website uses cookies to improve your experience while you navigate through the website. Out of these, the cookies that are categorized as necessary are stored on your browser as they are essential for the working of basic functionalities of the website. We also use third-party cookies that help us analyze and understand how you use this website. These cookies will be stored in your browser only with your consent. You also have the option to opt-out of these cookies. But opting out of some of these cookies may affect your browsing experience.
Necessary Always Enabled
Necessary cookies are absolutely essential for the website to function properly. This category only includes cookies that ensures basic functionalities and security features of the website. These cookies do not store any personal information.
Non-necessary
Any cookies that may not be particularly necessary for the website to function and is used specifically to collect user personal data via analytics, ads, other embedded contents are termed as non-necessary cookies. It is mandatory to procure user consent prior to running these cookies on your website.
SAVE & ACCEPT

If things are looking a little funky at the moment, apologies. The store is being spruced up at the moment. Orders will not be impacted. Nat x Dismiss